As we fast approach the end of the year, below is our last lite version of the Market Update for 2022. We will be back in January 2023 with more carbon and energy market insights.

Keep reading for an overview of key market developments. The full version of the update, with detailed commentary from our industry analysts, is available to paid subscribers. Contact our team to find out more.

Key points for this month

• There has been significant policy intervention from the state and federal governments over the last few weeks, with plans to cap gas prices at $12/GJ and coal at $125/tonne and announcements regarding a Capacity Investment Scheme to underwrite storage investment in the NEM.

• Spot electricity pricing in the southern States remained much lower than the northern States of the NEM, as the latter continued to be impacted by higher prices for natural gas and black coal. Flat Futures prices for 2023 remained similarly elevated for the northern states as well as South Australia which is heavily dependent on gas-fired generation when wind and solar production experiences dips.

• Gas supply was disrupted in NSW due to storms and was partially covered by Victorian supply, pushing southern states gas prices higher. Queensland gas pricing continued to be sensitive to the stopping and starting of LNG trains.

• AGL announced that it would be closing Torrens Island Gas-fired power plant, which is the largest dispatchable power in the state, by 30 June 2026.

• AEMC approved a doubling of the administered price cap to $600/MWh effective Dec 2022 running through to June 2025, designed to provide incentive for Coal-fired and Gas-fired generation to keep operating should fossil fuel prices rise again.

• At time of writing, the contractor for Snowy 2.0 has gone into administration, placing doubt on the economic viability of the project with soaring building costs inevitable if they proceed further with the project.

• LGCs were sold off across most forward vintages after several months of price gains.

On December 8th, a meeting of State Energy Ministers and the Federal cabinet resolved to introduce a Capacity Investment Scheme (CIS). Very different to earlier proposals to support ongoing coal and gas-fired power participation, the CIS would apply to renewable energy storage sources only.

On Friday December 9th following a meeting of Federal cabinet and State leaders, the Australian Prime Minister Anthony Albanese announced that the government would put forward legislation for temporary price caps (lasting 12 months initially) to be placed across the supply of coal and natural gas for domestic consumption. Proposed is a $12/GJ cap on gas, and a $125/tonne cap on coal. 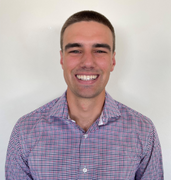