It’s been a busy start to 2023 with multiple climate related announcements from the Australian Government. This includes the release of findings from the Independent Review of Australian Credit Units (the Chubb Review) and the proposed policy approach for the Safeguard Mechanism.

Keep reading for an overview of key market developments and a discussion of the impact of these announcements.

The full version of the update, with additional commentary from our industry analysts, is available to paid subscribers.

Key points for this month

• Futures electricity pricing for 2023 dropped by almost 50% in most NEM* states following the announcement of planned coal and gas price caps – a federal government market intervention currently expected to be in place for 12 months.

• Spot electricity pricing continued to decline in all NEM states through December aided by lower spot gas prices and higher than usual dam levels for Snowy Hydro, which tends to create more competition amongst other bidding generators in NSW and Victoria.

• Gas supply returned to normal in NSW following flood damage in November. Pricing in all east coast states continued to be sensitive to the stopping and starting of LNG trains at Queensland export terminals. Gas prices halved in the second half of December, as a result of both a major train outage and warmer weather.

*NEM refers to the National Electricity Market in Australia. This is comprised of the states: South Australia, Victoria, New South Wales, Queensland and Tasmania.

• In carbon and environmental markets spot ACCU prices increased by ~5% in December, STCs remained stable, while LGCs fell significantly following an updated report on the expected surplus of certificates to be carried forward into next year, due to predicted retailer under-surrender.

• ARENA announced $176 million in federal funds to be provided to eight selected large battery energy storage projects across the NEM, the smallest at 200 MW capacity.

• On January 10th the Australian Government released its proposed changes to the Safeguard Mechanism, outlining the proposed policy approach to reduce the emissions of Australia’s largest industrial emitters.

• The government sponsored Chubb Review into Australian Carbon Credit Units (ACCUs) was also released in early January.  It makes several recommendations to improve the integrity and transparency of the Australian carbon market.

The paper outlines the proposed policy approach to reduce the emissions of Australia’s largest industrial emitters of greenhouse gases in line with the legislated target of a 43% cut to emissions by 2030.

The government will require facilities to reduce emissions intensity from their baseline by 4.9% annually from FY24 to FY30. Baselines will be set using a hybrid approach; initially heavily weighted toward facility specific emissions and transitioning to industry average benchmarks by 2030.

An independent review of Australia’s carbon credit system concluded that the "the scheme was fundamentally well-designed when introduced" and that conflicting views on the scheme's effectiveness was likely due to a lack of transparency amongst other factors.

The review panel recommended 16 changes to improve transparency, clarify governance and enhance confidence in the integrity of the scheme with the accumulated knowledge and practical experience of implementing the scheme from the past 11 years.

What this means for Australian business

The energy market intervention planned by the government was met by strong drops in futures pricing, predominantly for 2023 and 2024. While pricing has reduced in the near term, this unprecedented policy intervention has also created uncertainty for new energy development in Australia.

In the ACCU market, the release of the Chubb Review and the proposed changes to the Safeguard Mechanism are likely to further tighten the supply-demand dynamics for quality projects. The market reacted with a small price increase and a large increase in volume traded in the days following the announcements.

While the Safeguard Mechanism only applies to Australia’s largest emitters, the tightening of the policy is yet another government initiative designed to help reach the national emission reduction target. With more initiatives to follow, many smaller businesses are already taking voluntary action.

As such, the Chubb Review is relevant to business of all sizes who are active in the compulsory and voluntary carbon markets, or those considering participation.

The review’s recommendations are designed to help market participants (including a growing number of corporates) have greater confidence in the Australian carbon market, through measures such as clearer language and regulatory frameworks, new governance structures and improved data sharing.
‍

The eventful holiday period highlights the evolving nature of carbon and energy markets and the complexity of the net zero transition.

How these changes impact your business depends on your individual energy and carbon needs. There are many things to consider, including your current energy and carbon contracts, organisational renewable energy targets and broader sustainability goals and initiatives.

To discuss your unique requirements, get in touch with our team today for a no obligation discussion on how we can help. 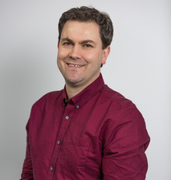